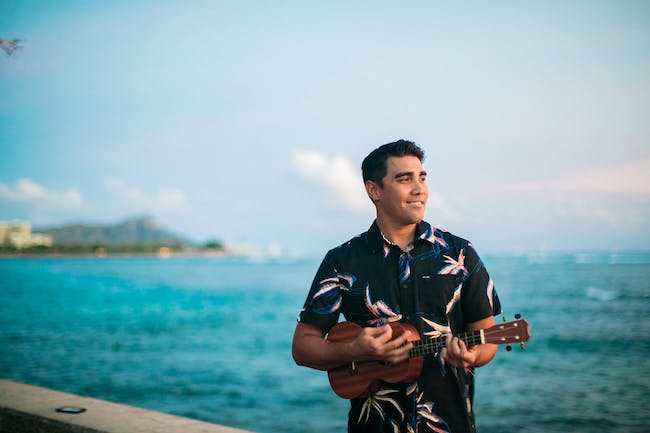 Kolohe Kai is an Island Reggae Artist based out of Hawaii, represented by Singer/Songwriter Roman De Peralta. Starting off his debut album, "This is the Life" in 2009 with a band of loyal high school friends, Kolohe Kai took the Pacific Reggae Scene by storm with infectious hits like Ehu Girl and Cool Down. 2011 began with another all original album entitled, "Love Town." After a 3 year break from the music scene, Roman returned in 2014 with another all original Reggae-Heavy Album entitled, "Paradise." Over the next few years Kolohe Kai would only release one single, "Higher." In March of 2018, the long awaited Island Pop single, "Heartstrings" arrived only to bring joy to the hearts of many. In September of 2018, Kolohe Kai released a heart touching single entitled, Round and Around. Because of its powerful message, it became the graduation song for over 10 Hawaii High-schools in 2019. This past February of 2019, Kolohe Kai released his fourth full length Album entitled, Summer To Winter. It took the world by storm, becoming the new favorite for fans all over. Summer To Winter won "Album of the Year" for the Island Music Awards. It's been a decade of a journey for Kolohe Kai and there's still so much in store.