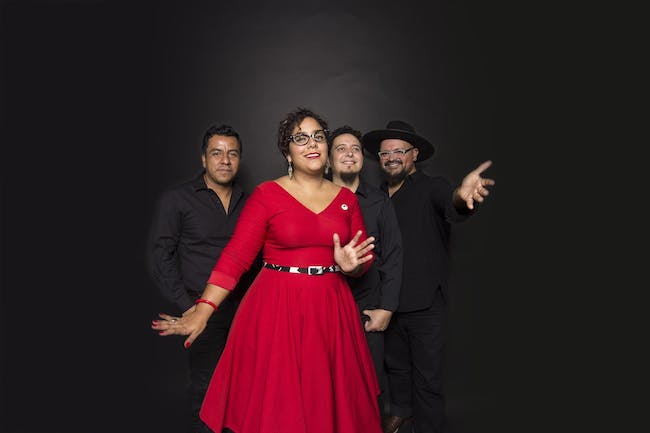 With a captivating voice that sings about love, loss, and everyday struggles, the band has become the voice of a new bicultural generation in the United States, fully immersed in modern music but still close to their Latin American influences and Mexican heritage.

They have won a Grammy; toured coast to coast, collaborated with legends including Elvis Costello, Bunbury, Fito Paez; appeared on Conan; and most recently shared the stage with Led Zeppelin’s John Paul Jones and Pepe Aguilar. Their 2017 performances included a show at the Hollywood Bowl in Los Angeles with Cafe Tacvba and Mon Laferte. La Santa Cecilia burst into the scene in 2011 with the release of their debut album Noche y Citas.

The album gave them their first nomination at the Latin Grammy Awards for the single La Negra.

The song voiced their sympathy and support for various human rights movements and have since used their music to openly support these causes. They followed that album with the eclectic El Valor in 2012, which was named one of the best albums of the year by NPR’s Alt Latino.