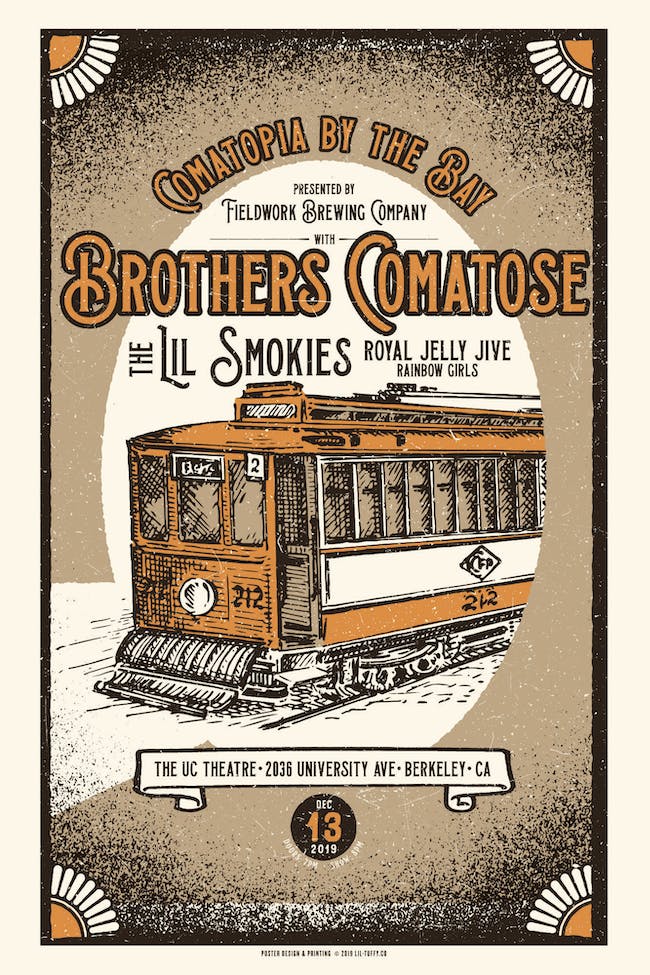 Comatopia by the Bay, Presented by Fieldwork Brewing Co

Comatopia By The Bay: The Brothers Comatose

Comatopia - The mini festival brought to you by the Brothers Comatose is moving to Berkeley this year for a special holiday party, Comatopia by the Bay, presented by Fieldwork Brewing Company, on December 13 at The UC Theatre. The event will feature The Brothers Comatose along with The Lil Smokies and some very special guests to be announced in the coming days.

Along with these fine headliners, Comatopia by the Bay will feature all of our favorite things that happen in the summer events…acoustic welcome jam, guest artists, plenty of great Fieldwork beer, and a good time for the whole family. 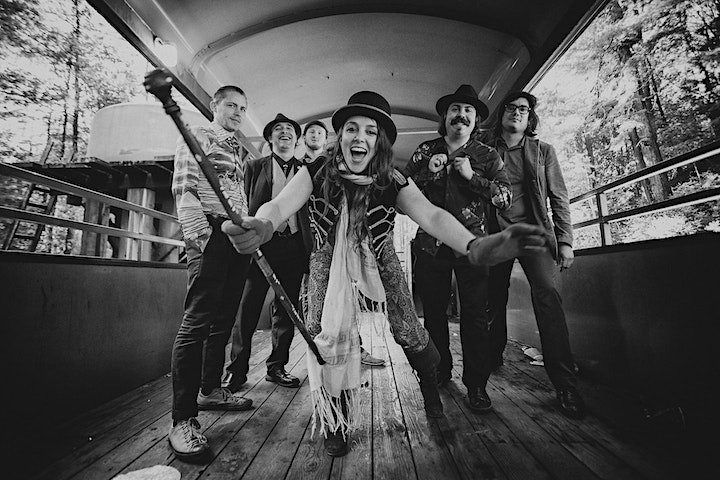 "San Francisco Soul” is the best term Royal Jelly Jive can find in describing their unique and intoxicating sound. Led by dynamic front-woman Lauren Bjelde, this sultry sextet rocks into uncharted musical territories with their infectious blend of modern and throwback sensibilities. Armed with retro horns, heavy grooves, and catchy songs that are impossible to resist, RJJ can pair with your fancy cocktail at a smoky jazz club and shake up the funkiest dance party.

Born out of Funk and Happenstance at John Lee Hooker's Boom Boom Room, Royal Jelly Jive has gone full-steam ahead in embracing music as their truest calling. From prominent festival stages all along the West Coast, East Coast and U.K., they continue to sweep crowds off their feet with a high energy live show that leaves crowds yelling for Mo’ JELLY! Tour highlights include sharing stages with Michael Franti, Lake Street Dive, The Roots, and Avett Brothers, as well prominent slots at festivals such as Napa Valley’s Bottlerock, Portland Waterfront Blues Fest and Outside Lands. The future is Jelly. 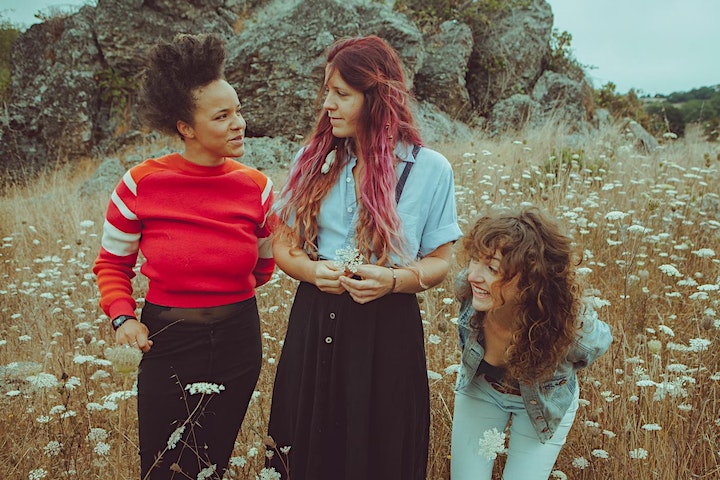 Rainbow Girls are an eclectic folk trio hailing from the golden countryside just north of California's Bay Area. Vanessa May, Erin Chapin, and Caitlin Gowdey seamlessly combine soul-touching harmonies, varitextured instrumentals, and poignant lyrical content into a beautiful sonic tapestry. Throughout their performance, voices are paired with an ever changing amalgamation of acoustic and slide guitar, keys, upright bass, harmonica, and an array of vocal techniques creating an engaging and often emotionally moving live show.