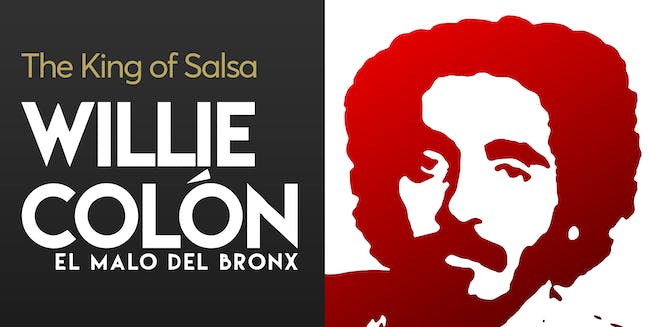 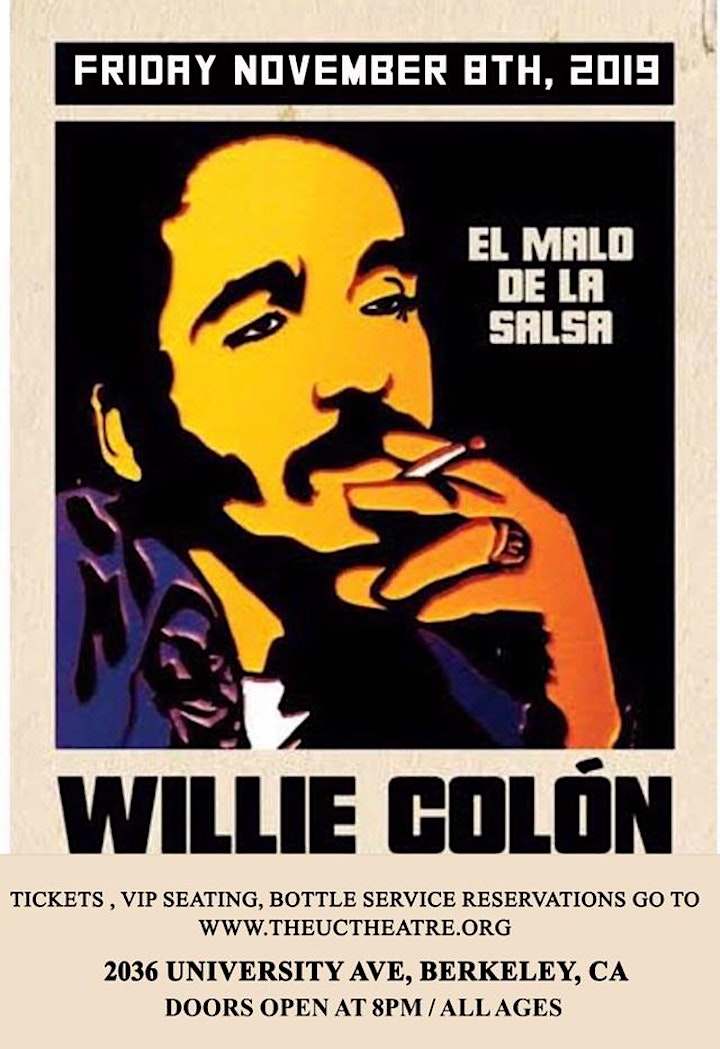 Like many of his boricua compatriots, Willie Colón was born and raised in the heart of the Latin neighborhood of the Bronx. It was this very neighborhood where he drank from the fountain of teen angst, sharing with his compatriots his sorrows and aspirations. This inspired in him a profound devotion to his cultural roots.

Musician, composer, arranger, singer, producer, director, and community leader: Colón wore all of these hats, gaining recognition as both an artist and a human being.

He started out in the music business at such a young age that his mother had to sign his first contract for him. Ever since then his career has covered all facets of music, as proven by his prolific discography, which boasts more than 30 million records sold. Such sales earned him countless gold and silver-selling albums, as well as several Grammy nominations.

Colón is also known for his participation on albums with such names as Celia Cruz, Rubén Blades, Héctor Lavoe, and many others.

Willie Colón, known for his excellence, and well aware of the power and influence he held over the mass media, established himself as a civil- and community-rights leader. For his contributions, he won recognition and awards, such as the plaque that bears his name on the Bronx's "Walk of Fame." It was this very city that was birthplace and home to many of his compatriots who came to the United States in search of a better future.